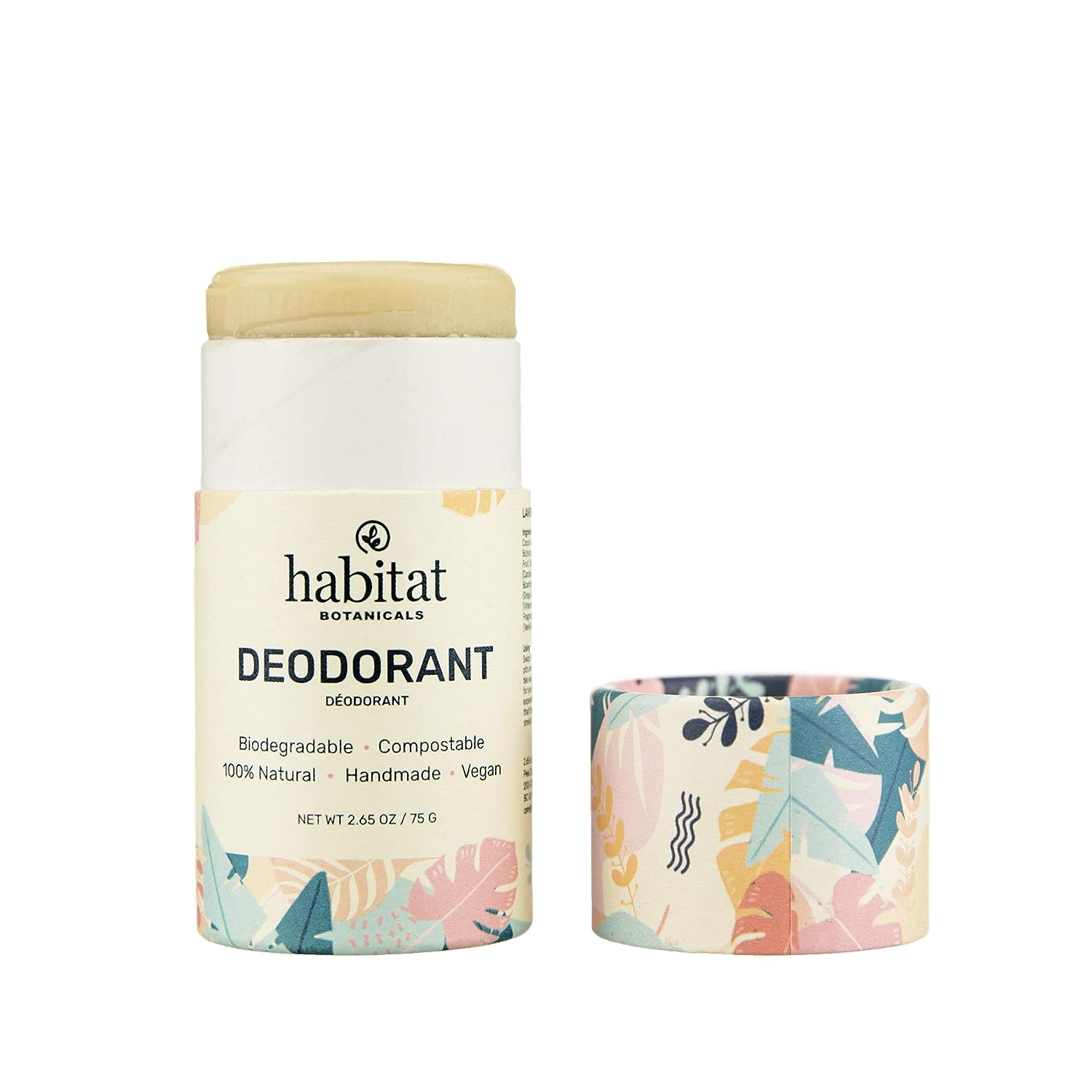 Finally, a natural deodorant that keeps up. Packed with active ingredients that neutralize odor causing bacteria and absorb moisture. Unlike other "natural" deodorants, Habitat uses 100% natural fragrance and formulas, so you and your skin can rest easy. Best of all? We use a new type of push-up deodorant tube that's completely plastic-free!